One of the classic ‘Black’ flies that has survived the test of time.  Classified as a fancy wet or loch style pattern the Black Pennell came from the tying bench of Mr H. Cholmondeley Pennell a wealthy Edwardian english gentleman, who loved fishing in Northern Europe. There are several styles in tying this pattern, some with a fine slim body of only one layer of tying thread, the tapered body, as shown here and one with seals fur or black wool. Although some listings say that the hackle should be of a black hen tied sparingly, the original is of cock hackle tied long extending over the hook point and into the bend. When used during lake fishing these flies are normally fished as part of a team of flies, one on the point and two droppers. The fly on the point and bottom dropper being  slightly heavier wet flies, and the top dropper being a larger bushy dry fly that makes a wake when retrieved. The idea is that the wake fly acts as an attractor  getting the trouts attention. When the fish rises to inspect the wake fly they see the wets and take one of them.  If done correctly, fished from a drifting boat, this is an extremely effective method  of fishing. When river fishing the black pennell family of flies are fished in the traditional way of ‘down and across’ stream letting them ‘swing’ around at the end of the cast. Place your hook in the vice, make sure that it is horizontal. Attach your tying thread a couple of mm behind the hook eye and cover the hook shank with a even foundation of tying thread. Cut a length of flat silver tinsel and tie this in on the underside of the hook shank. Wind your tying thread five or six turns forward towards the hook eye. Now make two or three turns of flat silver tinsel for the butt and tie off. Trim off the excess. This is a neat little trick to get a perfect tippet tail. Take a whole golden pheasant tippet feather and and cut out a ‘V’ shape as shown with just the right amount of tippets on one side. Trim off one side of the tippet and lie flat on top of the hook shank. Secure with just a couple of turns of tying thread and adjust the tail to the correct length and position. With your tying thread at the head of the fly make five or six even turns of oval silver tinsel for the rib and tie off a few mm behind the hook eye. Making sure that you have enough room for the hackle. Select and prepare a long fibered black cock hackle and tie in where the tinsel finishes. Wind your tying thread forward to just behind the hook eye. Now carefully make two or three turns of hackle, depending on how webby the hackle is. Make sure while wrapping that all fibers with each turn are pointing backwards. Tie off the hackle and remove the excess. Whip finish and remove the tying thread,  Now heres another trick to get the hackle to lie correctly. Wet your fingers with a little spit and stroke backwards. Now take a small plastic tube, clear is best, so that you can see how the hackle is lying inside and slip this over the head of the fly and twist from side to side to adjust how the hackle is lying. After a few minutes, depending on how wet the hackle was care fully remove the tube and the hackle will be perfect. With the hackle out of the way of the fly head you can now varnish the head. A perfect Black Pennell. This variant with a slim silver tinsel body is preferred for salmon and sea trout. sometimes tied with a hot orange dyed tippet tail. This winged version of the Black Pennell was extremely popular during midge hatches and in larger sizes for migratory fish. 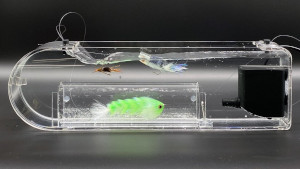 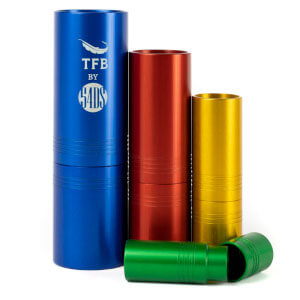 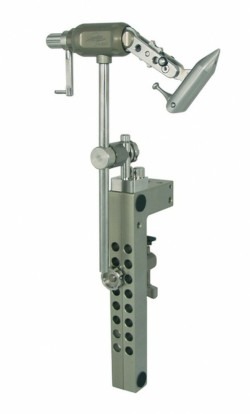 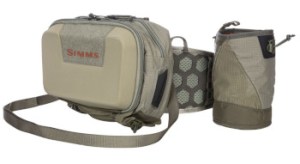 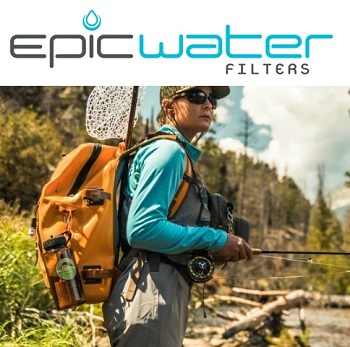